Meet Inspiring Speakers and Experts at our 1000+ Global Events inclusive of 300+ Conferences, 500+ Workshops and 200+ Symposiums Every year on Medical, Pharma, Engineering, Science, Technology and Business.

Theme: Explore the Challenges in Biopharmaceutics and Drug Delivery Systems

OMICS Group International proudly announces the commencement of its “International Biopharma Conference” which is going to be held during September 21-23, 2015 at Baltimore, USA. The conference highlights the theme “Explore the Challenges in Biopharmaceutics and Drug Delivery Systems”. The event offers a best platform with its well organized scientific program to the audience which includes interactive panel discussions, keynote lectures, plenary talks and poster sessions on the topics Biopharmaceutics, Drug delivery, drug toxicity research, Novel Approaches, Product Development, Biowaiver Approaches, Current Issues in Bioequivalence of Oral Products, Pharmaceutical Innovation in the 21st Century, New scientific approaches to international regulatory standards. The conference invites deligates from Bio pharma laboratories, Pharmacists, Academicians, Clinicians, Researchers, Health care professionals, students, business delegates and Young researchers across the globe providing a better podium, interconnecting the latest research, technological developments in the arena as well as therapeutic aspects. Participating at Biopharma International conference will be an excellent opportunity to meet eminent personalities in the fields of Biopharmaceutics and learn about the latest technological advancements.

Biopharmaceutics enlightens clinical sectors which incorporates the bioavailability, Bioequivalence Studies on Specific and Fixed dosage forms, Dissolution Rate and Advance drug kinetics. These innovations have contributed to a range of new treatments resulting in improvements in the length and quality of life and reduced disease burden for individuals and society.

Oral drug delivery systems, in particular, have innovation in materials science to provide biocompatible during prolonged contact with body tissues, bioengineering to develop drug delivery modules, and clinical pharmacology for elucidation of drug. Recent work in advanced oral delivery has been primarily focused on liposome technology, Significance of Polymeric Nano-micelles and the concept Bioavailability of Hydrophobic Drug.

The increasing research effort in academia and industry has focused on the modulation of protein-protein interactions in order to develop novel therapeutic approaches and target-selective agents in drug discovery. Both traditional drug discovery approaches and some more recently developed innovative strategies have already provided valuable tools and a number of successful examples like Small Angle X-ray Scattering(SWAXS) and Protein Targeted using nucleosome binding Surface have highlighted the potential of targeting PPIs for therapeutic intervention.

Transdermal therapeutic systems are defined as self-contained discrete dosages forms which when applied to the intact skin, deliver the drug, through the skin, at a controlled rate to the systemic circulation. Transdermal drug delivery systems, where applicable, offer several advantages over other conventional dosage forms. It has made an important contribution to medical practice and represents an attractive alternative to oral delivery of drugs

Nanoparticles in drug delivery system are especially important when there is a discrepancy between the dose or the concentration of a drug and its therapeutic results or toxic effects. Cell-specific targeting can be accomplished by attaching drugs to specially designed carriers. Special attention is paid to the functionalization of Solid-lipid Nanoparticle (SLN), Nanostructures Lipid Carriers (NLC), Few magnetic nanoparticles as carriers and nanoparticles used in treating various disorders.

Targeted drug delivery system is a special form of drug delivery system where the medicament is selectively targeted or delivered only to its site of action so it seeks to concentrate the medication in the tissues of interest while reducing the relative concentration of the medication in the remaining tissues. Recent developments have made in Targeted Molecular Imaging Tools and various chromatographic techniques for targeted delivery.

The declining plasma drug concentrations observed after systemic drug absorption shows that the drug is being eliminated from the body but does not indicate which elimination processes are involved. Clearance may be defined as the volume of fluid cleared of drug from the body per unit of time.

Bioavailability and bioequivalence can be considered as measures of the drug product performance in vivo. Recent Study on Fixed Dose Combination and Enhanced Oral Bioavailability of Hydrophobic Drugs has made improvements in treating several challenging diseases.

Biowaivers are considered as bioequivalence testing for new and generic drugs. Bioequivalence studies are as vital concern in drug development process. The in vivo pharmacokineticoptimization can be used as an important constraint for in vivo solubility and permeability data

Clinical development for investigational drugs, Development & approval times for orphan drugs, Pharmacotherapy in tissue regeneration and many other new innovative therapies has developed several improvements for some of the most costly and challenging diseases in the world.

received her PhD in Pharmaceutics from University of Houston and postdoctoral training in Solid Dosage Formulation, Oregon State University. Her research interests are HPLC assay development, in vitro drug release, solid, percutaneous dosage forms and personal care products. She served as the chairperson of AAPS Northeast Regional Discussion Group in 2012, secretary of AAPS Chem & Bio API Manufacturing Technology Focus Group 2014-15. She is also a member of Society of Cosmetic Chemists.

Mircea Alexandru Mateescu has a PhD from Bucharest Polytechnic University and is a receiver of a “Honorary Laurea” from Rome University “La Sapienza”. He has been a full-time Professor at UQAM since 1994. His research relates to Multifunctional Proteins and to Drug Targeting. He is the Co-inventor of more than 30 patents covering therapeutic enzymes and new excipients for drug delivery. He has developed fruitful collaborations with pharmaceutical companies and was involved in several technological transfers. He published more than 130 papers in reputed journals, one book and 8 book-chapters. He is the holder of Bombardier Prize (1999) for Technological Innovation, of Venezia Prize (Italian Chamber of Commerce, 2012), and Research-Career Prize (UQAM, 2014).

Giulio Maria Pasinetti holds an MD and a PhD degree. He is the Saunders Family Chair and Professor of Neurology at the Icahn School of Medicine at Mount Sinai and Director of Basic and Biomedical Research and Training at the James J Peters Veterans Affairs Medical Center. His research on co-morbidities influencing neurodegeneration has made him one of the top experts in his field. His principal focus is the prevention of neurodegenerative disorders even before the disease becomes symptomatic. He is the recipient of many awards, including the Faculty Council Award for Academic Excellence from the Mount Sinai School of Medicine, the Dana Alliance for Brain Research award, the Zenith award from the Alzheimer’s Association among others. He is the recipient of over 30 grants and has published over 300 ground-breaking manuscripts.

It gives me a great pleasure to welcome eminent speakers and other participants from different parts of the world to "International Conference and Expo on Biopharmaceutics" (Biopharma-2015) on September 21-23, 2015 Baltimore, USA organized by OMICS International. Considering the multidisciplinary character of the conference I hope that it will give us opportunity to discuss current concepts and new approaches in drug discovery. This platform will promote worldwide collaboration among scientists, industrialists, pharmacists, clinicians, researchers, students, business delegates, thus, promoting development of new scientific ideas. I am sure that such scientific conferences also serve as a powerful tool for softening relationship between people from different countries which is very important for peace generation in the world.

The advertising industry has been enjoying strong revenues, with a good rebound since the global recession ended in 2009. Analysts at ZenithOptimedia estimate that the global market totalled $509.0 billion for 2013, and will grow 5.3% to $532.0 billion in 2014. They further estimate that growth will accelerate to 5.8% per year in 2015 and 2016.

Both the online audience and the level of sophistication in online advertising continue to increase dramatically. Advertisers large and small have made the Internet a significant part of their advertising strategies. eMarketer reported $42.3 billion in U.S. online ad spending for 2013 (including online and mobile platforms), up from $37.3 billion for 2012. Double-digit growth is expected to continue through 2014. Online advertising spending in 2013 accounted for 24.7% of all ad media spending in the U.S. By 2015, eMarketer estimates that online ad spending will account for almost 28%.

For 2013, global digital ad spending reached $117.6 billion, according to eMarketer. This was an increase from $102.83 billion the previous year.

To Collaborate Scientific Professionals around the World

All accepted abstracts will be published in respective Our International Journals.

Abstracts will be provided with Digital Object Identifier by 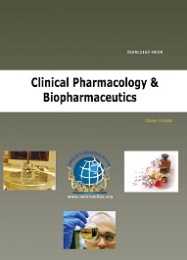 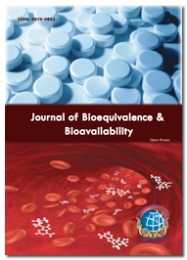 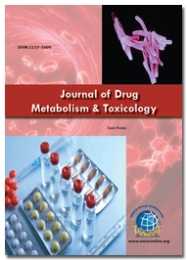